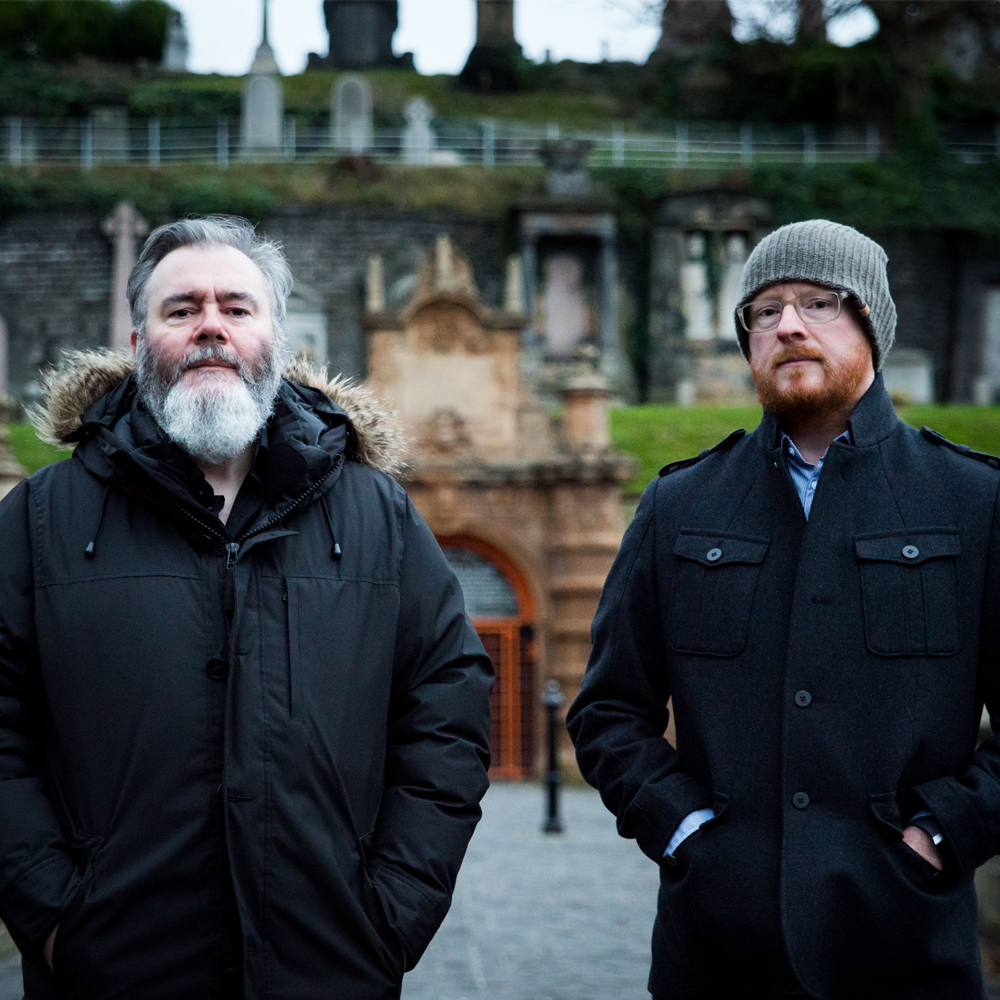 The pioneering Falkirk duo of Aidan Moffat and Malcolm Middleton called it a day in 2006 before getting back together 10 years later to perform a series of acclaimed, sold-out shows. ‘We really enjoyed doing those gigs,’ recalls Middleton. ‘So, it made sense to try writing together again’.

Arab Strap started out as an intimate project with home-recorded tapes shared between friends, but after the unexpected success of their inimitable debut single ‘The First Big Weekend’ they quickly found themselves, along with pals Mogwai, as some of the most exciting and cherished music coming out of Scotland. The band went from indie record label Chemikal Underground onto the major label Go! Beat and then back again to Chemikal, touring the world and funnelling life’s experiences into a unique concoction of music that explored beauty, sadness, intoxicants, sex, love, and death all rolled into one.

Arab Strap returned in 2021 with their 7th studio album As Days Get Dark – their first since 2005’s The Last Romance, which has received widespread critical acclaim and earned them a shortlist nomination for the SAY Awards Scottish Album of the Year.

Select seats and ticket type for

Select seats and ticket type for

2021 All rights reserved. Powered by